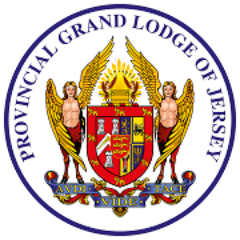 About Jersey Freemasonry - A brief history

Jersey is one of the smallest Provinces of the United Grand Lodge of England, supporting just eleven Lodges. However, being a Crown Dependency, Jersey is not within the United Kingdom, having been a possession of the Duke of Normandy long before 1066.

Although part of the Channel Islands, Jersey is a separate Bailiwick from Guernsey, Alderney, Sark and Herm which, Masonically, are in the neighbouring Province of Guernsey and Alderney.

The island is just 45 square miles and is situated about fourteen miles off the coast of France.

Jersey is self-governing, the Senators and Deputies being elected to the island parliament which is known as the “States of Jersey”. The land is divided into twelve parishes which are both ecclesiastical and governmental divisions. Each parish is headed by the Connétable (Constable) who in addition to heading the parochial administration, sits in the “States”.

Much of the administration is honorary, including the original and non-uniformed Honorary Police, established in the 15th century, which exists alongside the uniformed States Police, which only evolved during the 20th century.

The original population was Norman and Breton, but that has been heavily diluted with English and others since the seventeenth century. The Law has evolved from Norman Law and has considerable differences from that in the United Kingdom.

All Court records were maintained in French until 2006. Fortunately, the records were not kept in the Jersey Norman French language Jèrriais, which can still be heard in the country Parishes, and amongst some members at the meetings of Loge La Césarée, a Jersey Lodge whose meetings are conducted in French.

At the close of the 18th Century the population was about 19,000, chiefly occupied in agriculture, nearly half of which was apples, also seafaring, privateering and knitting.

There were just 3,069 houses on the island. Jersey was still under constant threat of invasion by the French. The monetary system was based on liards (equal to half a farthing) until the English system was introduced in 1835.

There was a military garrison with about 1000 English soldiers. Service in the Militia was compulsory for all residents and it comprised 3,000 men.

There were no printing presses or newspapers until 1784. At that time, St. Helier extended along King and Queen Street from Charing Cross to Snow Hill, and no further in either direction. There were no real roads outside of St. Helier until 1812. Sailing cutters to England took up to ten days for the crossing, before steamboats were introduced in 1824.

There are no traces of operative masonry ever existing in Jersey. This is not surprising for until late in the 18th Century, it was almost entirely a fishing and agricultural community.

Until the Reformation it is likely that French master masons controlled the building of religious edifices, because Jersey was in the diocese of Coutance in Normandy, whereas English masons were loaned for work on fortifications such as Mont Orgeuil Castle and Elizabeth Castle.

Freemasonry first came to Jersey through the travelling warrants of the lodges connected with the army garrisons stationed on the island. Military lodges were not allowed to initiate local residents, and as a result they had little impact on the local scene.

There are traces of at least sixteen travelling military lodges as having worked in Jersey, three of which were Irish, and the remainder held “Antients” warrants.

The real founder of Jersey Freemasonry was Major Charles Shirreff, an army officer who had been initiated into Freemasonry at Louisberg, Cape Breton in America in 1758 at the age of 21. He appears to have been active in several regimental lodges whilst in America, being Master of a lodge in Cape Breton and founding Master of another in 1761.

Following the end of the war against the French in Canada, the army was put onto a peace footing, and Shirreff returned to the United Kingdom in 1763 and moved to Jersey the following year.

There is little to account for Shirreff’s presence in Jersey, for his regiment, the 45th Foot are not recorded as having done garrison duty on the island. His (half) pay of two shillings and fourpence per day (£0.12p) would have enabled him to live as a gentleman of leisure.

He was reinstated to full pay in 1765 so it must be assumed that he was here in some military capacity, possibly as Fort Major. When he arrived in Jersey there were no permanent lodges. He therefore immediately applied to the Provincial authorities for a warrant to form a stationary lodge.

Shirreff was successful in obtaining a warrant from him and, in 1765, became, the founding Master of Lodge No 349 (“Union No 1”). However, although holding a “Moderns” warrant, the working was decidedly “Antient”, and included Royal Arch and probably Templar degrees as well. Shirreff left the island in 1768. Union No 1 Lodge continued until 1813 when it was erased.

By 1813 there were three lodges in Jersey all working to the “Antient” pattern, of which two remain. The lasting effect that this has had on the ceremonies is in the layout of the Temple.

The Master’s chair is placed on a raised dais whereas on the floor of the lodge room, some distance in front of him is the pedestal to which he descends when dealing with candidates.

There were in addition, two lodges authorised under the Irish Constitution, Lodge Justice No 34 (which was warranted on 3rd June 1813 and which ceased on 17th September 1874) and Lodge Leinster No 265 (warranted 2nd March 1820 and ceased in 1831).

There is some suggestion that these were established under the Irish Constitution in order to continue working the old ceremonies as a protest against the union, for these two lodges also undertook Royal Arch, Mark Freemasonry and Knights Templar under their Craft warrant.

The lodges went through considerable hard times, until the formal Provincial structure was established. The relations between the various lodges, and between them and the Irish Justice Lodge were also somewhat mercurial.

However, there is no doubt that Freemasonry was recognised in Jersey, and we have evidence of this at the laying of the Foundation Stone at the Victoria Harbour in Jersey on the 29th September 1841. The assembly included the Lt. Governor – Sir Edward Gibbs, The Bailiff – Sir John de Veulle, The Dean – Rev Jeune and representatives of all interests within the island. Delegates were invited from the Farmers Lodge No 302 and the Mechanics Lodge No 306.

Also present at the ceremony was an artist Mr G Reynolds who made a sketch of the proceedings on the spot from which he afterwards painted a large oil painting which is on exhibition at the Société Jersiaise in St. Helier.

This painstaking artist has depicted details with the most admirable precision and every face in the gathering appears to be a portrait, many of which can be checked against other paintings for accuracy.

There were four Freemasons in the painting, and the surprising observation is that they were still wearing Atholl regalia, some twenty-five years after the definite instructions given in 1815 and subsequent Books of Constitution that they were no longer valid and must not be worn.

This was a time when Freemasonry was much more open, and respected in the community. As can be seen in the book “The Story of Jersey Freemasonry”, the Freemasons were invited to lay Foundation Stones at buildings such as the New Waterworks, Victoria College and other important edifices. Processions in full regalia were common, Masonic funerals with laying in state followed by funeral processions, again in full regalia, occurred frequently.

This situation could not last, and the Province was reconstituted in September 1869 since when it has remained a small but very active Province of the United Grand Lodge of England.

During the short-lived first Provincial Grand Lodge, the Jersey Masonic Temple was built and consecrated in 1864.

This handsome building was well-designed (at the time there were only about 200 Freemasons in Jersey) and has coped with much larger numbers over the years, the present membership being about 450.

The building was extensively refurbished and extended in 2016, with the addition of wheelchair access and fully accessible facilities. 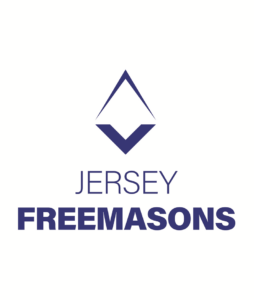